Retail clubs and symbol groups are a major driver of growth in the food and grocery industry, with symbols holding a 40% share in the convenience channel. But what about the future of independent pubs? With almost 30 pubs reported to be closing every week, could independents benefit from a package that offers better prices and promotions – the pub equivalent of a retail club?

[pull_quote_right]Molson Coors recently partnered with Sky TV to offer pubs and clubs with free Sky or large discounts on it – this kind of partnership [with brands] can work really well.[/pull_quote_right]

Today’s Group thinks so, and research is already under way into the development of a retail club-style model for its independent on-trade members to help them compete with the chains. The news follows Today’s announcement of four new on-trade members, which join the 15 acquired at the end of last year.

The concept will mean pub owners and landlords can work with the trade as it does in convenience retail. It would include regular promotions across food and alcohol, as well as themed or seasonal packages, supported by point-of-sale and other marketing materials.

Today’s Group’s managing director Bill Laird says: “Currently, the majority of independent pub landlords have to create and implement their own activities or, in many instances, they depend upon the sales teams from individual brands.”

But in recent years, tightening budgets have seen even the biggest food and drink suppliers reducing face-to-face contact. Glen Pearson, the general manager of the Shibden Mill Inn in Halifax, Yorkshire, told Better Wholesaling last year: “We don’t get as many visits [from suppliers] as we used to five or 10 years ago.”

Could a deal that’s negotiated centrally and actioned by on-trade wholesalers give pub customers the support they need?

Food for thought: the future of pubs? 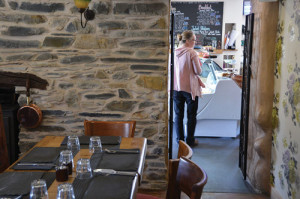 David Visick, director of communications at the Federation of Wholesale Distributors, sent Better Wholesaling this snapshot of a hybrid pub/retailer he visited in the Lake District. “It’s a pub with a small shop in the back – is this the future of pubs? It’s a great opportunity to expand the opportunities for suppliers. It’s not a new concept – some pubs in France have a special area allocated to the sale of cigarettes and newspapers. Could pubs in the UK introduce shelves to sell chocolate, newspapers and other key lines?”

Steve Land, managing director of Birmingham-based Swallow Drinks, a leading on-trade wholesaler, agrees that better partnerships with suppliers are critical for a pub’s success: “Molson Coors recently partnered with Sky TV to offer pubs and clubs free Sky or large discounts on it – this kind of partnership [with brands] can work really well for our customers.”

With symbol group status the natural progression for many retail club members, could a symbol group for independent pubs be the next step? Today’s says there is no intention for its pub customers to adopt Today’s branding or a ‘name above the door’ as part of the pub club scheme, but the concept has generated interest among other industry leaders.

The Federation of Wholesale Distributors already has members that offer pub customers support ranging from menu suggestions to marketing materials and business advice. Chief executive James Bielby says that consumers like to see brand names on their menus as an assurance of quality. “A symbol group for pubs would help to underline that assurance, while retaining the benefits of independence.”

For foodservice specialist JJ Food Service, which has a number of independent pub customers, such a move could potentially ‘depersonalise’ pubs.

Managing director Mustafa Kiamil says: “I’m all for anything that supports independents, but how healthy would this be for microbreweries?”

Kiamil suggests that there could be a danger that the concept would be dominated by the big brands. “Imagine if a major coffee chain took over all the coffee shops – consumers wouldn’t be happy,” he says.

Chris Binge, CEO of Fairway Foodservice, agrees that the advantage of local pubs
is their uniqueness: “We encourage our members to reflect their individuality – it’s one of their main selling points,” he says.

But would it be possible to be part of a symbol and still retain the unique character and charm that’s critical to an independent pub’s success?

Fairway, which has 18 foodservice and on-trade wholesale members, 13 of which are Today’s members, says that a balance of both worlds, local and national, could present a winning formula for a symbol-style concept.

“With our members, common services and products are bought through Fairway but other regional lines are bought locally – it works.”

With a combination of legislative, social and economic trends continuing to squeeze pubs, the future for this market will continue to be fiercely competitive.

“Growth is coming mainly from food-led accounts, while some others are falling by the wayside for various reasons,” says Swallow Drinks’ Land, whose business is heading towards a sales milestone of £9m this year, up 22% up from the previous year.

Fairway’s Binge agrees that a focus on food-led pubs will be the way forward. “If Today’s puts together a complete package on food and alcohol, I can see good mileage in the idea.”

For JJ Food Service, too, there is value in giving independents access to a more structured proposition. COO Mushtaque Ahmed says: “Independent pubs would benefit from having access to better deals, point-of-sale and educational materials.”

General manager Terry Larkin adds: “Anything that gives the consumer a cheaper pint has got to be a good thing.”